How to find your own voice: the dangers of belting

It's a complex beast, finding the different vocal technique that suits you as a singer. The difficulty is that singing coaches will observe popular singers and work out mechanically the techniques they use to achieve certain effects, maybe belting for impressive diva-esque renditions of our favourite ballads or shrieking top notes in rock anthems. 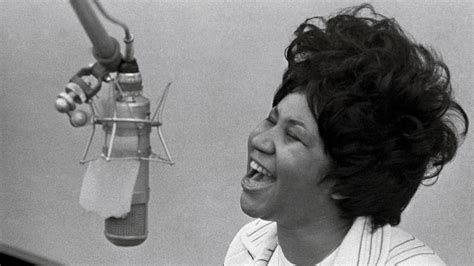 But your instrument is unique to you. So how do you find a technique that serves you?

My biggest issue in singing was to embrace my own voice rather than feeling that I needed to belt to be a 'good' singer. Belting, hurts me, a lot. Two songs in and my voice is fried. I trained classically because my voice likes classical singing. Doesn't mean I sound like a pointy-titted opera singer, but my voice wants to sing in a head-mix register. It's happy there. So it's my job to appropriate that technique to the style I like, rather than twisting my natural voice into a shape to which it doesn't want to conform.

How to find that out?

I've found the best thing you can do for your voice, is sing well written songs. Well-written does not necessarily mean popular: most often, it's those that do not meet modern standards of effective songwriting. Better, are songs whose melodies move around, and require a controlled vocal treatment; say some of the old Jazz standards. Most of these songs follow the tradition of older styles of songwriting, that originated from blues or folk or opera or some combination of those, but their melodies tell a story on their own, while the note sequences and intervals force you to control and navigate your breath control in ways that contemporary pop doesn't.

Take 'Somewhere over the Rainbow'. In the second note, you have an octaval leap, eight notes. In Adele's Hello, you have one, "He-llo". Though she does reach a high belt at the chorus of the song, this is a power note that requires a vital push, a force of thrust to deliver on the emotion. Not my favourite style, but it has its merits. I just worry that all these songs are really inherited from the soul tradition, that is a wonderful, but only a singular tradition in our very varied musical landscape. The lift in the song is generally, power rather than the quiet or pause. If I forced myself to mimic Aretha Franklin, I'd get nowhere.

But human emotion can be more subtle. It can twist and contradict. It can fall and rise in the same breath. It can whimper rather than scream. It can be silent. It can be an echo. All this can come out in a more nuanced melody, but more importantly, one that demands muscular control of the breath and support of the note that expresses complex emotions subtly.

If you want to learn how to sing, sing the first two phrases of Somewhere Over the Rainbow in one breath. Sing it loudly. Sing it quietly. Vary it. But control every note and do it until you are in full control. Record yourself, work out which is best. Thereafter, your singing muscles will grow. This is yoga of the voice. And you will be on your way to finding what works, for YOU.