Not Black Enough for Blues 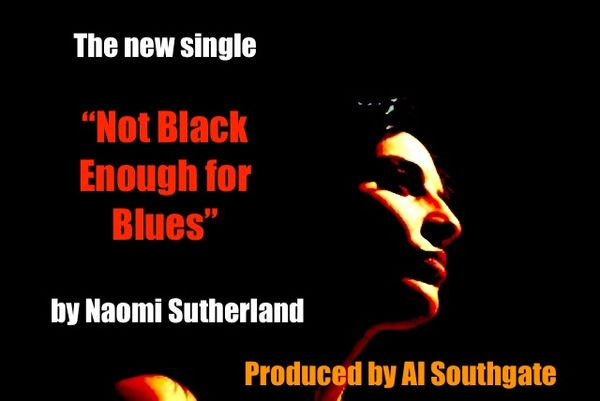 Celebrating the rights, history and legacy of that so poignant a phrase - "black" people. I love how the word references so much and so nothing. Human progress has got us so far as to colour code human categorisation, like blue jays are blue so they're blue jays not red robins.

But there is actually something supremely excellent about Black History Month which I found out today and yesterday. OK two things:

- It was started by a wonderful gay rights activist and feminist called Linda Bellos, elected to Lambeth Council in the 1980s, who is in fact MIXED race: "white" Polish and "black" Nigerian, so that's African Polish for those of us still confused about colour coding. Read more about her here.

- And secondly, that though the Army came under fire recently for including "Asians" into the mix for "Black History Month", Linda and supporters of Black History Month sided with the Army. So much of the work and legacy of the Afro-Caribbeans in building modern Britain was shared by their Asian counterparts. They are not "black black" like the colour "black" but “politically black”. Ian Thomas, spokesman for the body that facilitates Black History Month says: “The contribution of Sikh, Hindu and Muslim communities can’t be ignored. If they consider themselves politically black, then they are”. So not "black-colour-black" just "black-politics-black".

So much clearer no?

Not that I don't like colours, I mean, of an overflowing wardrobe I have one black dress. The rest covers the rainbow. And for the record, I'm also mixed race, Indian-Canadian-British but I was born in Holland then spent 20 years travelling around until I went colour blind. Norfolk is relatively new and I'm still getting used to the ginger thing, affectionately known as "ranga" from "orangutan". If that isn't racist, then maybe that I mistake all ginger people for Ed Sheeran is. Orange hair? Actually orange?

As it happens I wrote a song about all this, and the producer happens to be ginger, nicknamed "Ranga" at school.

Here's Not Black Enough for Blues": celebrating the pointlessness of colour coding in human beings, but with a nod of immense gratitude to everything that the blues did for music.